The Eden Alternative is a new philosophy for treating the elderly in long-term care homes. The founder, Dr. Thomas, was a Harvard medical graduate from Upper State New York. While working at a geriatric centre, he recognized three plagues of long term care homes—loneliness, helplessness and boredom. He suggested the antidotes for these were pets, plants, children and companionship. Later, he added the concept of ‘untie the spirit’.

After retiring from teaching Organic Chemistry at the University of Saskatchewan, Thelma’s husband Jim developed severe depression. During his three years at Sherbrooke, Thelma appreciated the love and care that Jim was given, and admired how the staff was slowly and surely implementing the Eden philosophy. Sherbrooke was their home and not an institution. The residents were given respect and dignity. They came first.

In her photographs, Thelma attempted to find that spirit in each individual, regardless of his or her disability. 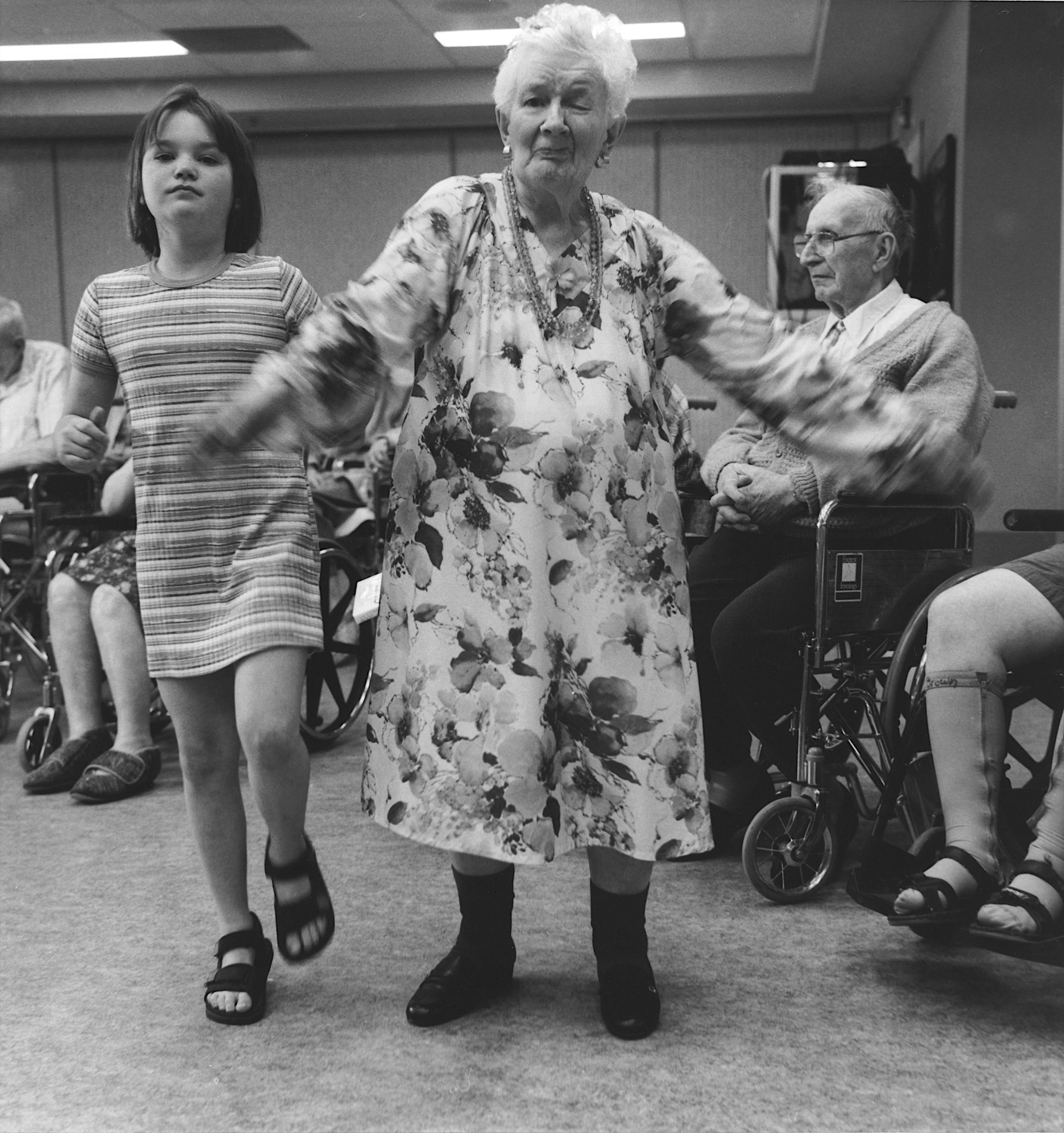 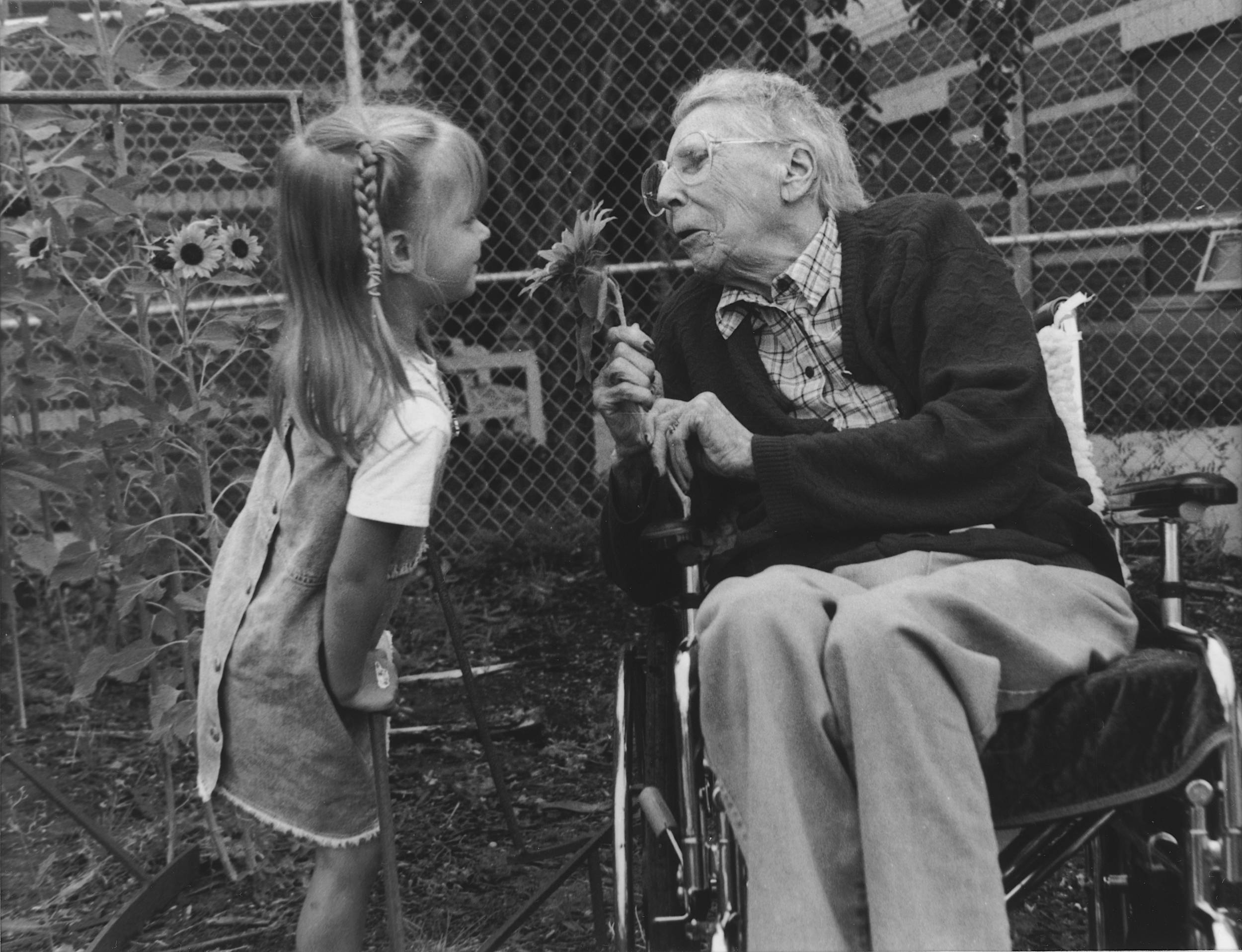 Winnie and Child With Sunflower, 2002 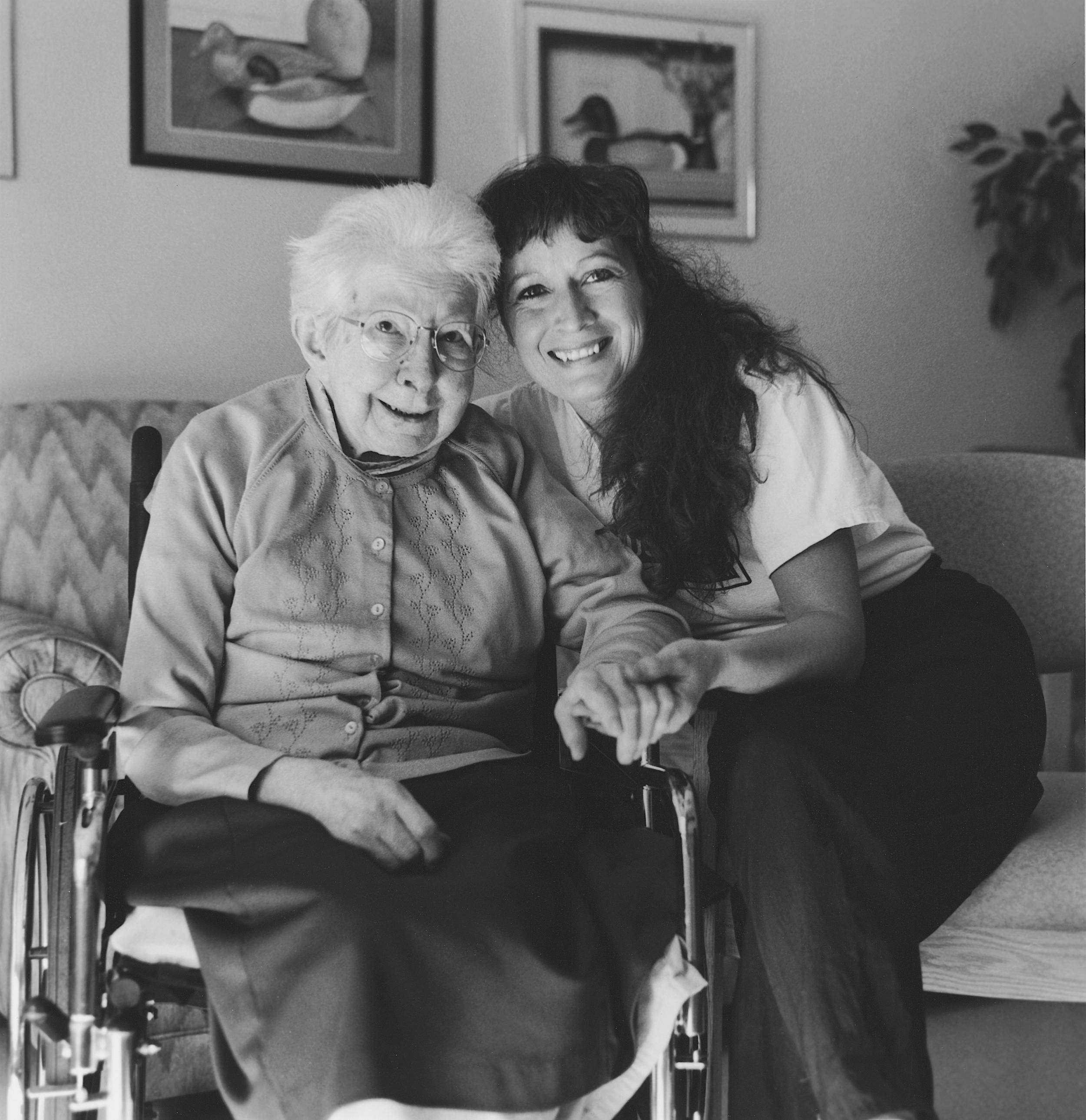 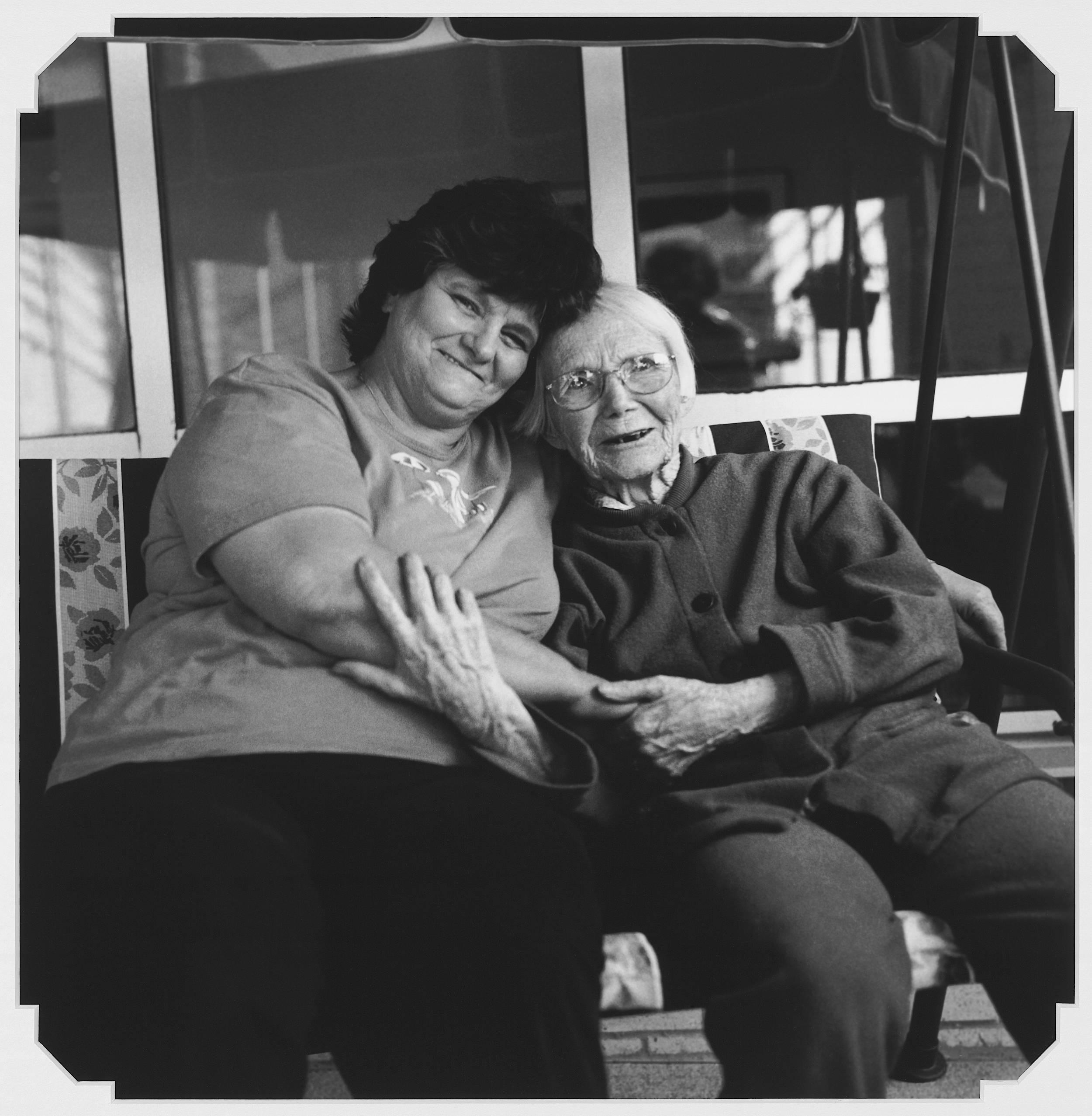 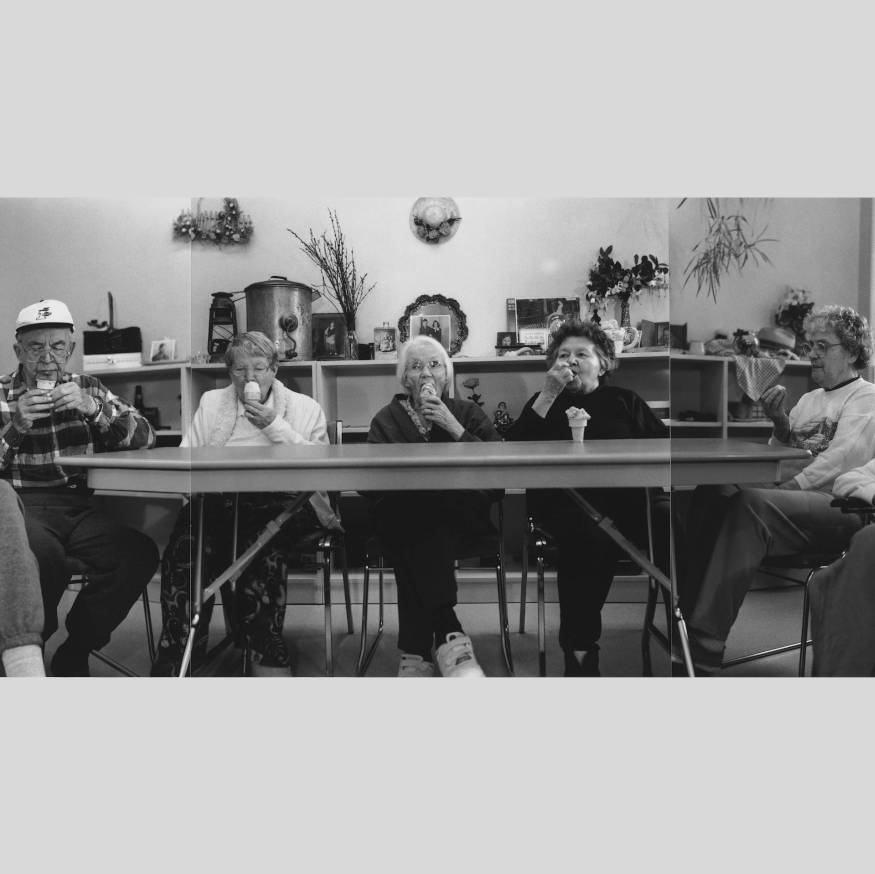 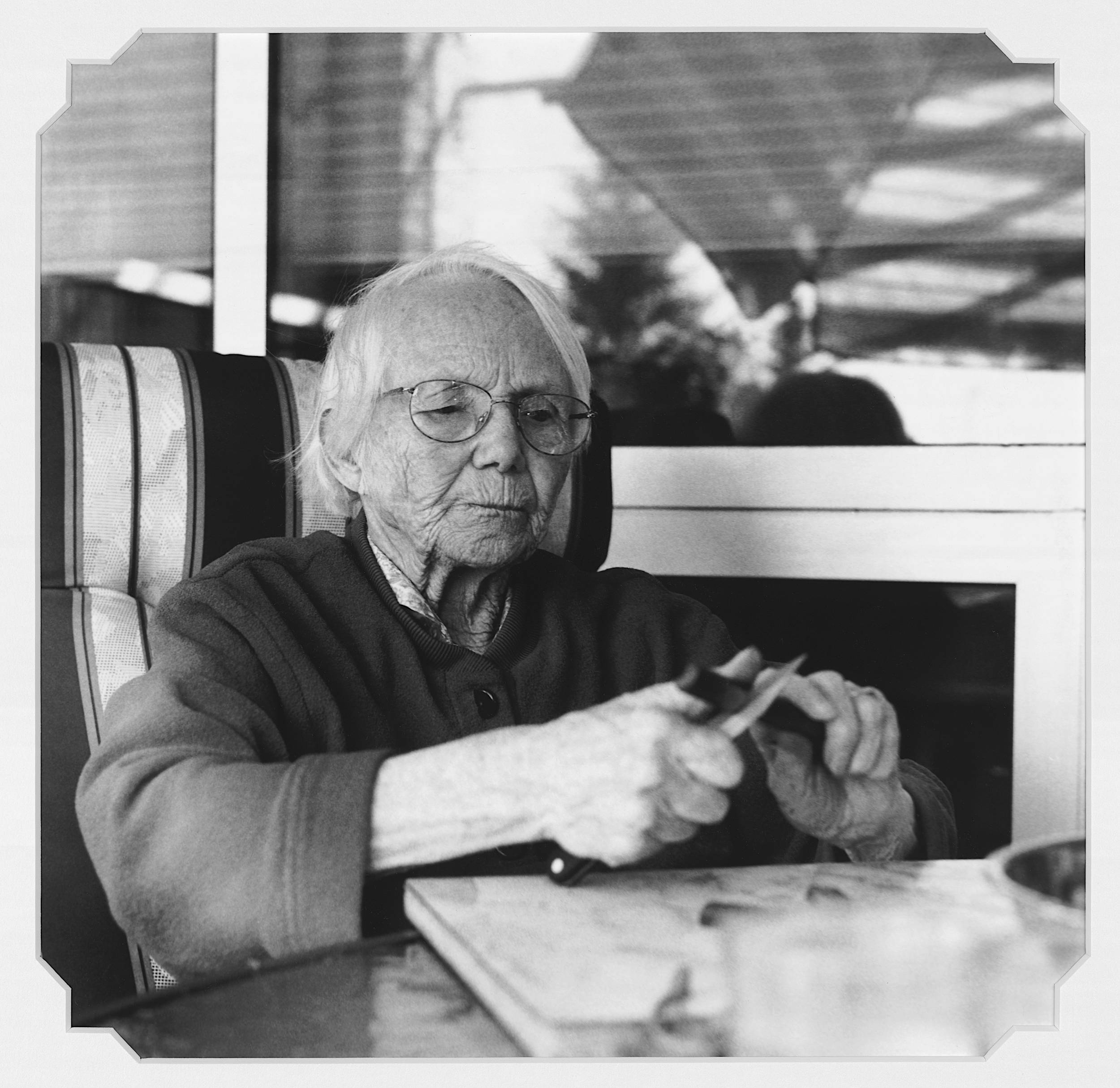 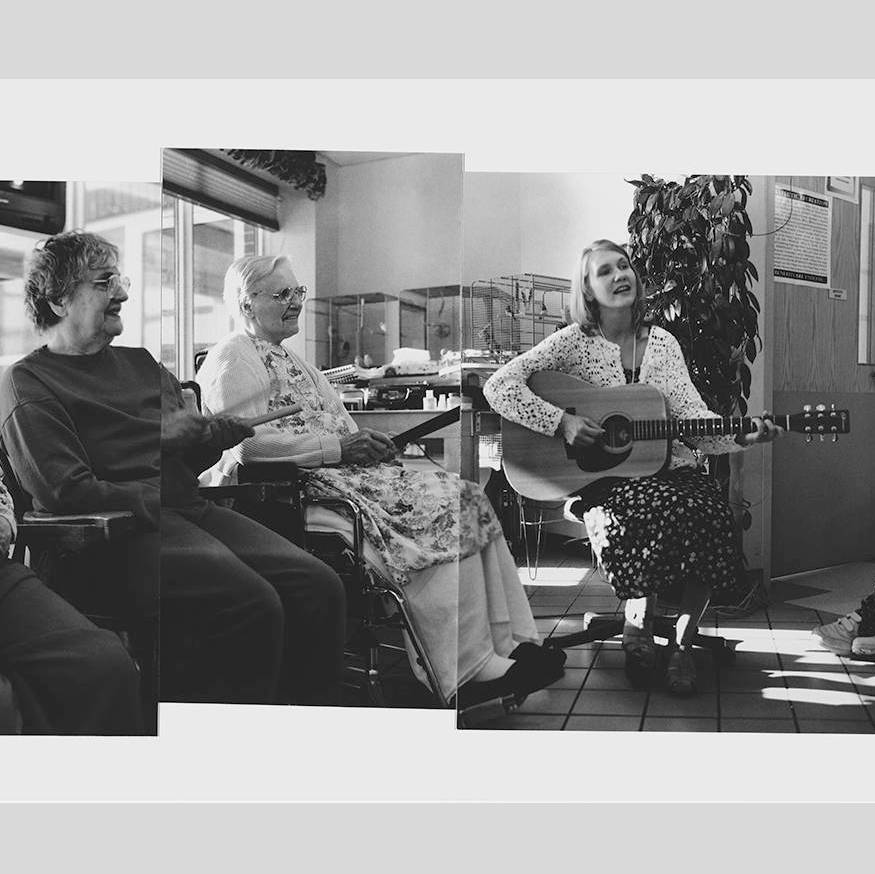 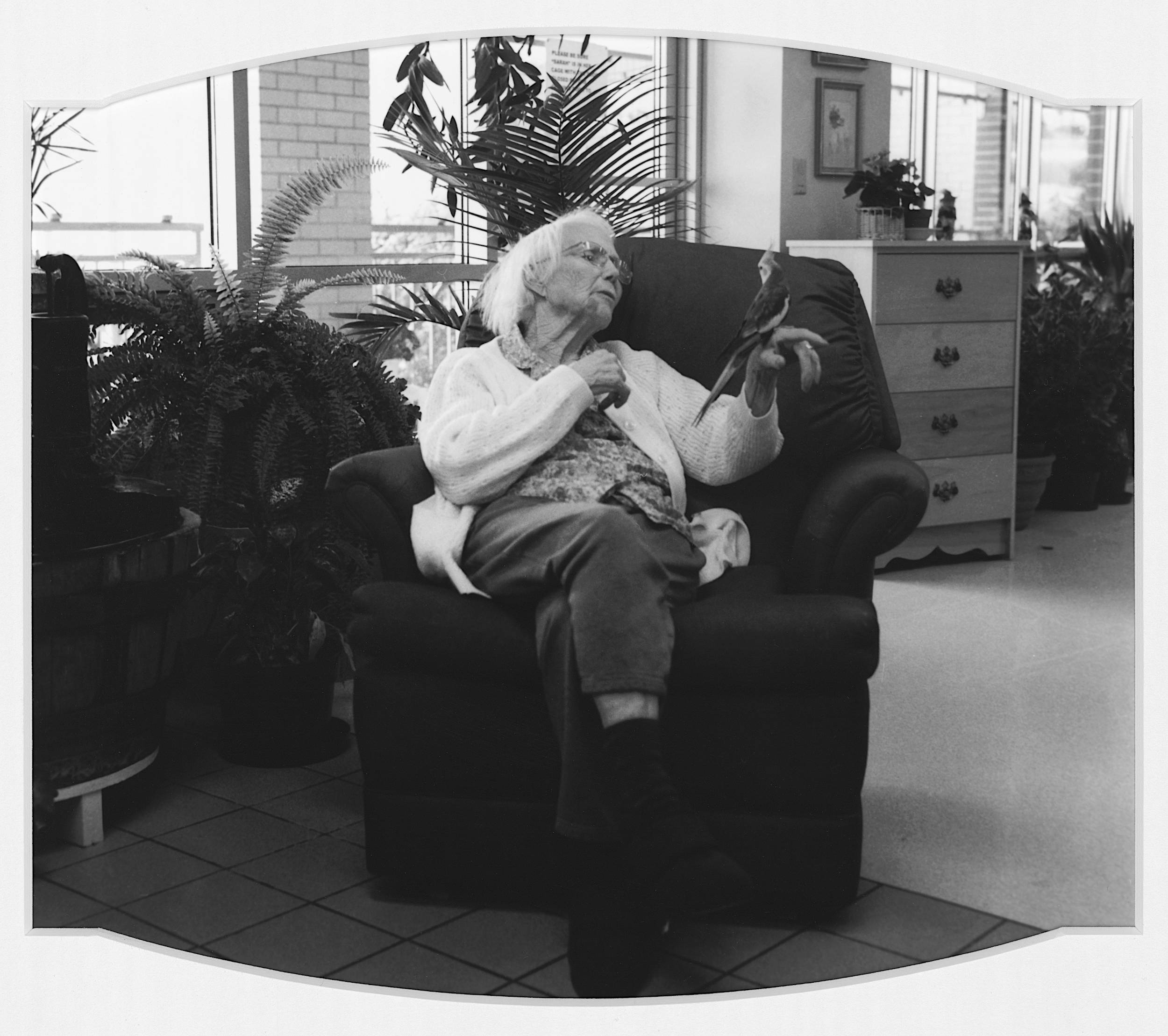 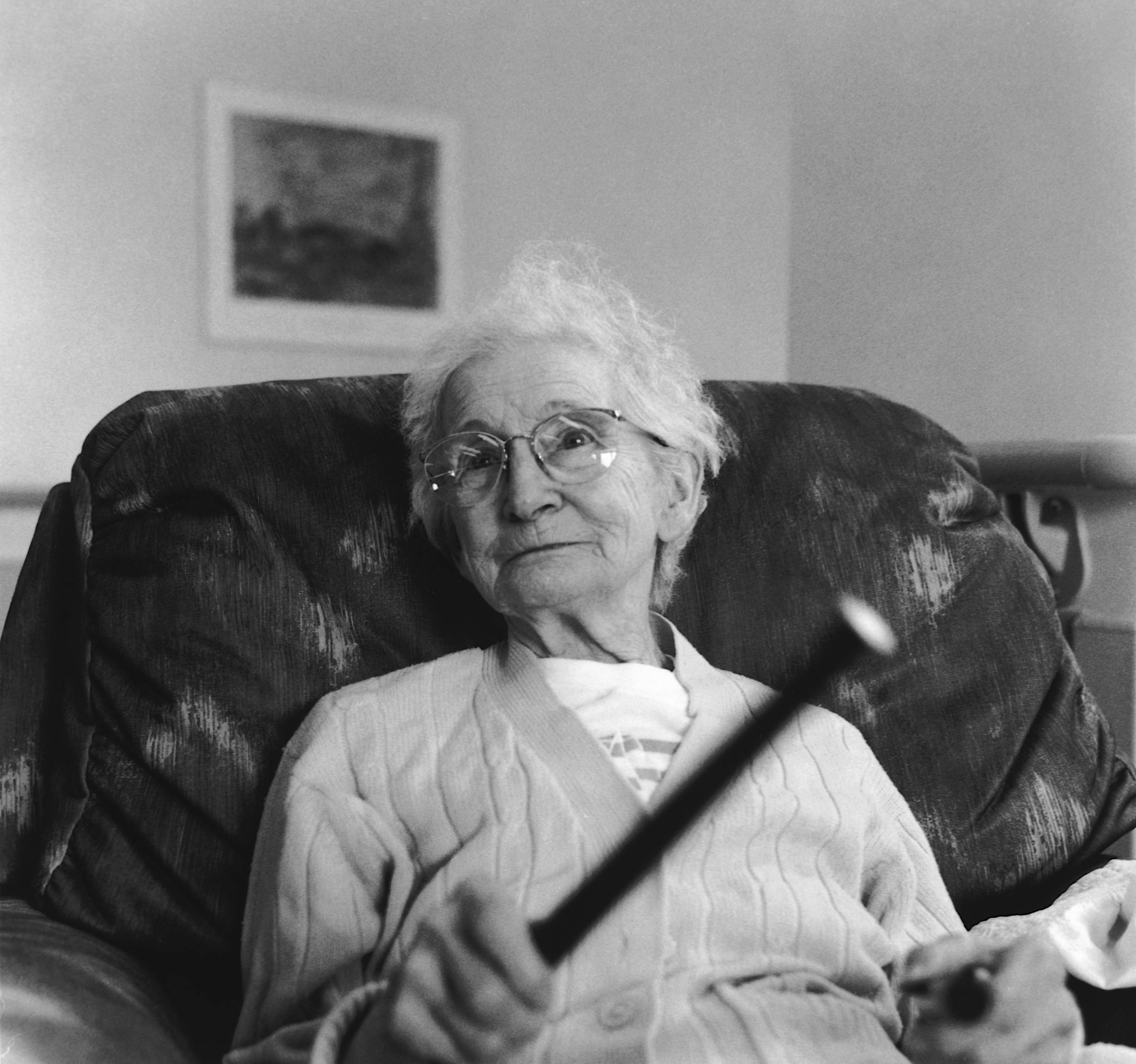 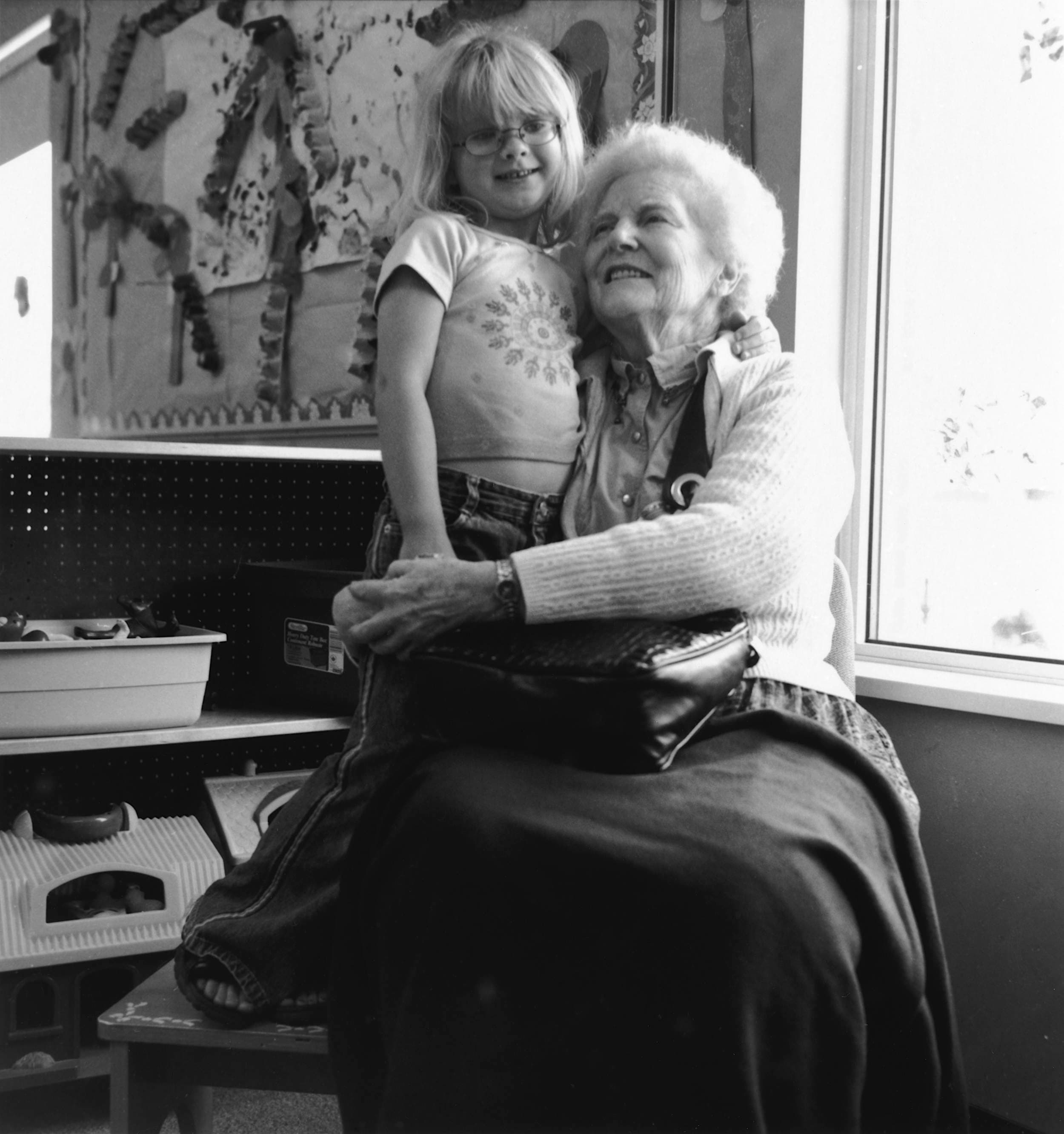